The U.S. Constitution (Article I, Section 2) mandates a headcount every 10 years of everyone residing in the 50 states, Puerto Rico, and the Island Areas of the United States. This includes people of all ages, races, ethnic groups, citizens, and non-citizens. The first census was conducted in 1790 and one has been conducted every 10 years since then.

The population totals from the census determine the number of seats each state has in the House of Representatives. States also use the totals to redraw their legislative and school districts. The next census occurs in 2020.

View “Counting for Dollars: The Role of the Decennial Census in the Geographic Distribution of Federal Funds” by the George Washington Institute of Public Policy— Oklahoma Funding Full Report.

What should I know about the 2020 Census? 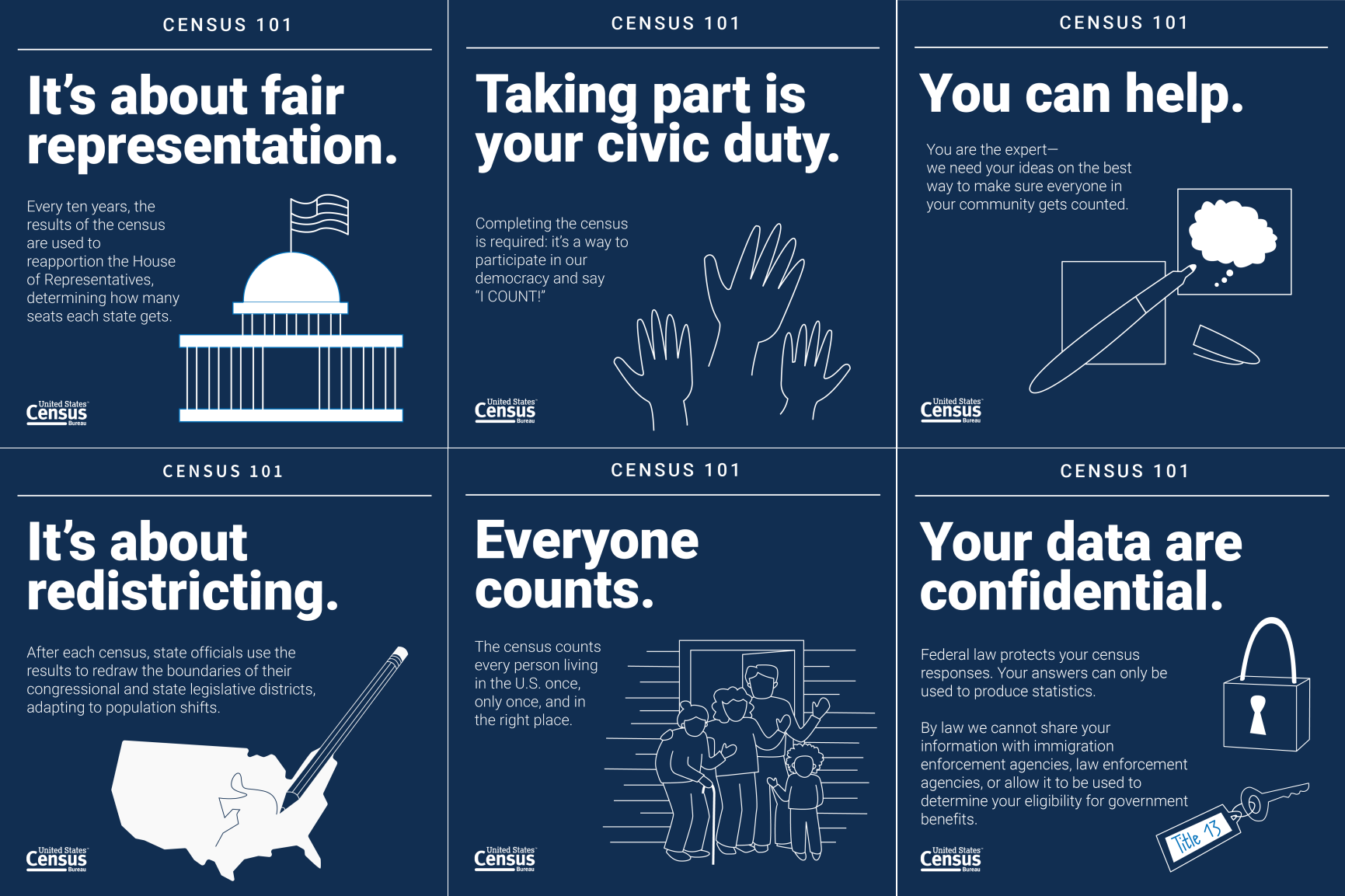