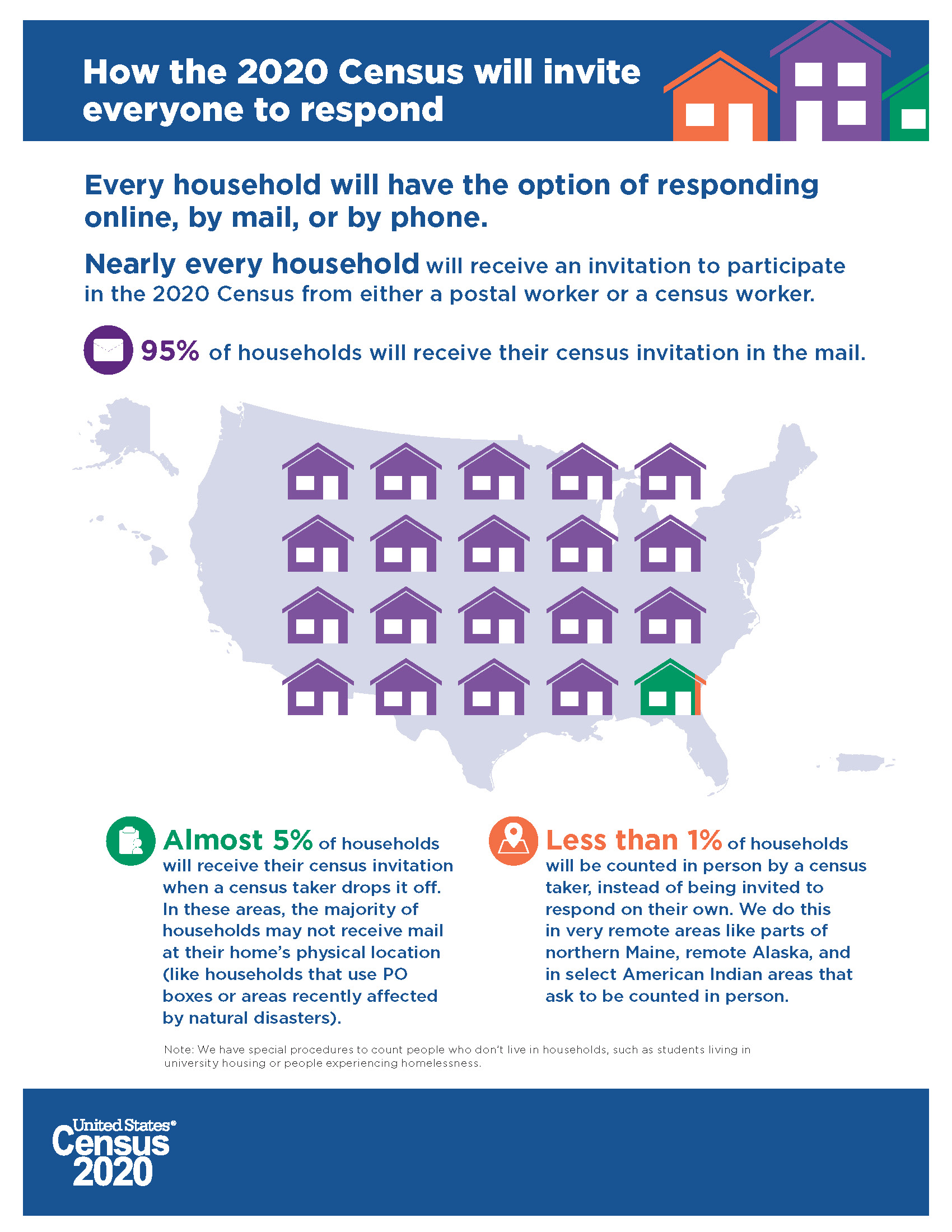 For the first time, in 2020 the U.S. Census Bureau will accept responses online. The process will be quick and secure. You can respond to the census in less time than it takes to finish your morning coffee. You’ll still be able to respond by mail.

Every household will have the option of responding online, by mail, or by phone.

Nearly every household will receive an invitation to participate in the 2020 Census from either a postal worker or a census worker.

The 2020 Census has special procedures to count people who don’t live in households, such as students living in university housing or people experiencing homelessness. Learn more about Counting People in Group Living Arrangements.

Note: Following the U.S. Supreme Court decision from June 27, 2019, there will be NO citizenship question on the 2020 decennial Census questionnaire.

Beginning March 2020, the Census can be completed online at my2020census.gov.

Watch the English video guide to completing the Census.

An invitation to respond online to the 2020 Census. (Some households will also receive paper questionnaires.)

A reminder letter ...if you haven’t responded yet

A reminder letter and paper questionnaire.

A final reminder postcard before we follow up in person.